WASHINGTON, D.C. — When Dani De La Cruz was in the third grade, her day started not in a classroom, but at work with her mother who cleaned offices in downtown Dallas. Dani and her sister slept in conference room chairs as their mother dusted and vacuumed around them. The girls dozed on and off for two hours before their father came to pick them up and take them to school. 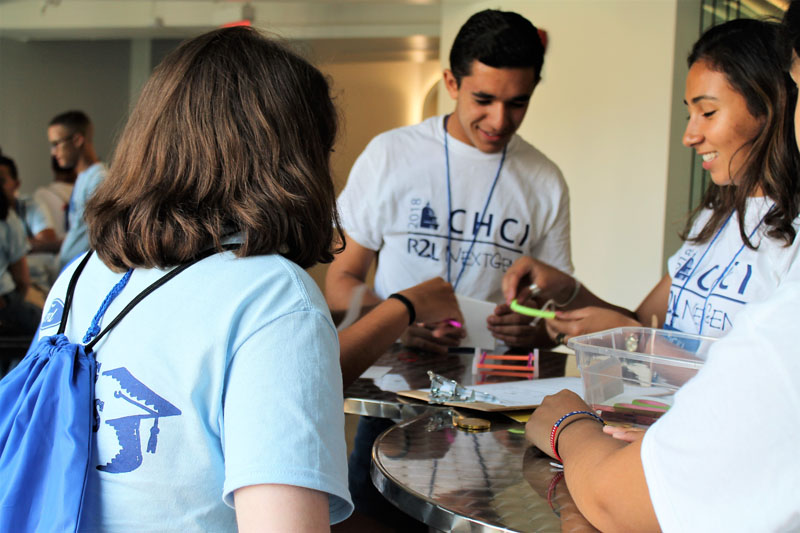 "We would wake up early because Mom had to go to work at 5 a.m.," Dani said. "Dad dropped us all off at the office where Mom cleaned. He went to his job at the body shop and came back on his break to pick up my sister and me and take us to school.

"That's just the way it was," she said. "For a long time, I didn't think much about it. But then I began to wonder if that was normal. Did the other kids in school start their day like that too?"

It didn't take long for Dani to understand that her morning routine was unique. Her parents immigrated from Mexico when they were teenagers. Without formal educations, they worked to ensure their three children had more opportunities.

"Mom always said our only job was to go to school and get good grades," Dani said. And today, as she prepares to start college this fall at the University of Southern California majoring in Latin American Studies, she said she wouldn't change any of it.

"I don't complain," Dani said. "It gave me motivation to work hard. It helped me learn about myself and my community. I hope to be able to come back one day and make a difference."

Dani was among the 100 Hispanic high school students in the U.S. and Puerto Rico to participate in the 2020 Congressional Hispanic Caucus Institute's Ready2Lead (R2L) NextGen program. The month-long program aims to help students gain a deep understanding of the importance of being engaged citizens. This year's program, which is funded in part by Ford Motor Company Fund, is comprised of virtual sessions led by CHCI, Congressional leaders and Ford executives. This year, Ford volunteers from Ford Hispanic Network and Ford Credit led virtual sessions for the R2L students regarding financial literacy and STEM. 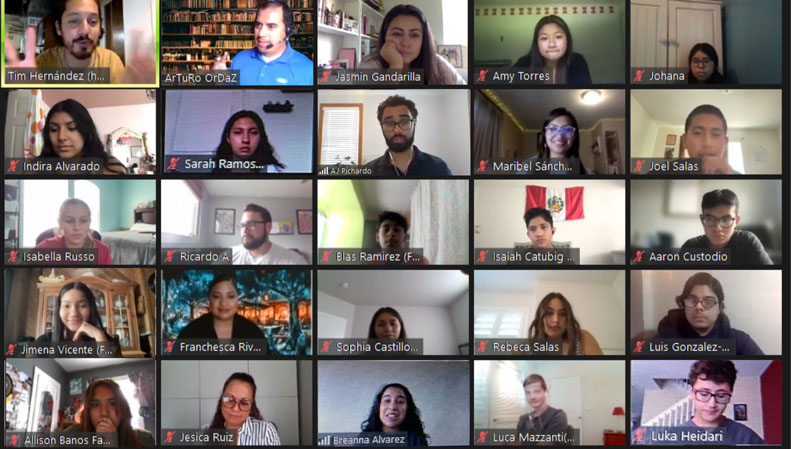 For more than 25 years, Ford Fund has been a supporter of CHCI and began working with the nonprofit on R2L in 2014. The experience students gain from this program is invaluable. In addition to general support of R2L, Ford Fund has granted scholarships to 20 students each year to attend the in-person and virtual program.

Though students come to programs like R2L with impressive experience, he said these programs are important to get them to the next level. "Even though they are high achievers, they may not see themselves as future leaders," he said. "But we do."

Dani came to R2L with considerable such experience. In high school, she was elected Youth Council President of her school's chapter of the League of United Latin American Citizens (LULAC) and was awarded a U.S. State Department scholarship to study in Uruguay for a summer. During her sophomore year, she discovered the art of storytelling through photography while interning at Advocate Magazine. She has served as a bilingual student clerk for the Dallas County Elections Department and volunteered earlier this year at the Dallas Convention Center where over 2,000 unaccompanied minor migrant boys were being held.

"I remember walking into the convention center on my first day and seeing thousands of cots with white blankets," Dani said. "There were so many kids in one place without fresh air, without proper nutrition, dealing with adults who don't act like adults. I thought, how is this normal? How is this right?"

Dani's commitment to social change in her community is representative of the exemplary young people who participate in CHCI's R2L NextGen program. Students enter R2L with incredible lived-experience; CHCI and Ford Fund are determined to ensure the students' exposure to life-changing opportunities continue.

To that end, Ford Fund invited the employee group, Ford Hispanic Network, to participate in R2L as part of its Ford Driving Dream initiative, which promotes education among K-12 students with scholarships and other resources in U.S., Puerto Rico and Latin America. 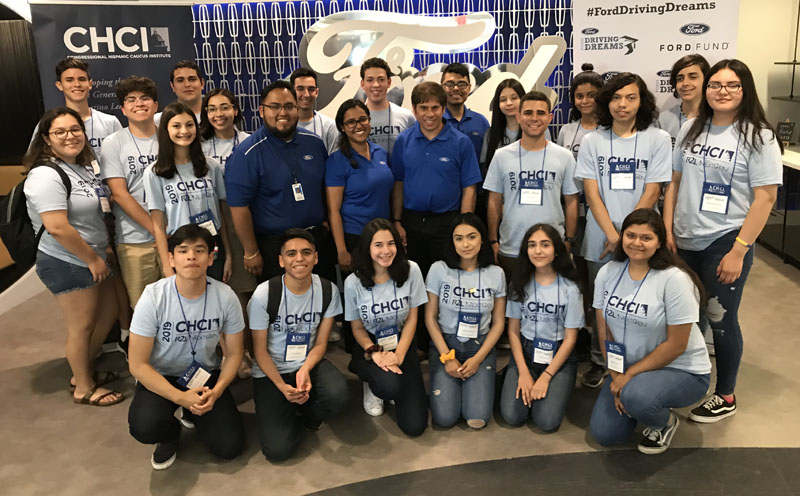 Michael Guiracocha (in center group, far left with dark blue polo) and Ford colleagues stand with R2L students during a past program.

In 2019, Michael Guiracocha, Ford electrical engineer and member of FHN, took the "egg crasher" demonstration, which involves vehicle design and crash dynamics, to Washington, DC for one of R2L's in-person educational sessions. Guiracocha, a 2021 Ford Thirty Under 30 fellow, has been leading the STEM exercise since.

He does it, he says, because he knows the power of leading by example.

"I think it's imperative for students to see professionals who look like them and come from similar backgrounds," Guiracocha said. "A lot of our Ford Hispanic Network volunteers are first-generation college graduates, myself included. Working with these students gives them inspiration for future opportunities at corporations like Ford – and in the world."

Guiracocha is especially committed to seeing more Hispanic students pursue STEM related careers, he said. "This year, we conducted a mentorship circle event with the students, and the feedback we received was incredible."

For his part, Ford Fund's Avila said the students come to R2L with impressive credentials and leave with a new sense of confidence looking forward.

"These kids are so smart," Avila said. "They give me hope that the future will be brighter."