Furthering the Progress of Women in Nonprofits

They’re attracted to values and mission, so why aren’t more in positions of power?

Women comprise more than half of the U.S. population but remain underrepresented in leadership positions at nonprofit organizations. To further the progress of women, the Ford Fund supports programs that empower women and girls by providing information about and access to opportunities they otherwise wouldn't have.

To understand the challenges women face, the Ford Fund interviewed women executives at nine nonprofit organizations about the work they do, the barriers they have faced and the passion behind it all.

Traveling to far-flung places and helping people with their basic needs was Julie Chase-Morefield's dream in high school. Her mother grew up impoverished and shared stories of standing in line to get federal food commodities. Now Chase-Morefield is president and CEO of the Lorain-based Second Harvest Food Bank of North Central Ohio.

Diana Natalicio's high school set low expectations for students simply because they were from low-income families. Girls were taught home economics or secretarial skills, while boys learned woodworking and machine shop skills. As the first female president of the University of Texas at El Paso, Natalicio provided new opportunities for both low-income and Latino students.

Anita Bradley dropped out of college and struggled with drugs after both her father and uncle died in a boating accident. Bradley endured one crisis after another, including a miscarriage, until she finally sought treatment. Years later, Bradley founded the Northern Ohio Recovery Association in Cleveland. 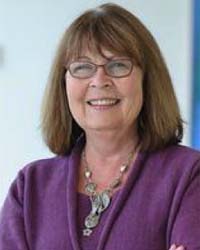 Yet, driven and successful women like Natalicio, Bradley and Chase-Morefield are habitually demeaned on the job.

While studies show that 45% of nonprofit CEOs are women, the illusion of gender parity dissipates with closer examination, said Patricia Deyton, a senior adviser for the Council of Women World Leaders, an adjunct professor at the Simmons University School of Business and the Harvard Extension School in Boston and former CEO of the American Red Cross of Massachusetts Bay.

"When you look at the nonprofits with power—the ones with voice and the nationwide nonprofits—that's where you see disparity in leadership," Deyton said.

Women nonprofit CEOs earn 34% less than their male counterparts, said Deyton, who is also a senior associate at the Center for Gender in Organizations, a research group at Simmons University. And, she said, women hold just 18% of CEO roles at nonprofits with budgets over $50 million.

Such disparities make it difficult for women to lead, Chase-Morefield said.

"Women are collaborators who just want to make things happen without worrying about who gets the credit," she said. "But that's not the way the rest of the world is."

As a result, Chase-Morefield thought she couldn't have flaws.

"I felt I had to be much more serious and much more prepared than men because I was being judged on a much higher standard," she said. "My predecessor had been male, and there was a little bit of a 'good ol' boys' thing with the men in the community. It was frustrating. They wouldn't take me seriously.

"People would even say, 'You went into nonprofits because you couldn't make it in the business world.'"

Nearly 75% of nonprofit employees are women—not because they can't make it in business but because the sector reflects women's values to a greater degree, Deyton said.

Indeed, most staff and board members at Humble Design in Pontiac, Mich., are women—though not intentionally. Founder and co-CEO Treger Strasberg said the work resonates with more women. 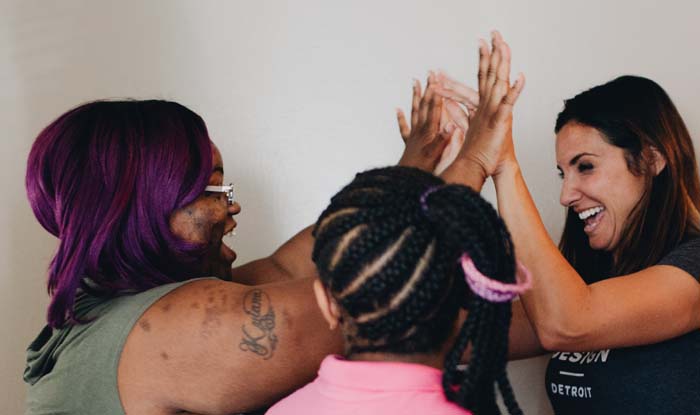 "I've seen directly how being a woman has impacted my business," she said. "Small meetings tend to be run by women-driven organizations. But when we get to the large organizations seeking large dollars, serious money, it's a male-centric room."

Strasberg has been studying homelessness for 11 years and even talked about affordable housing at the White House with Ben Carson, the U.S. secretary of Housing and Urban Development. "But I've been to meetings where there were 16 people, and I was the only woman," she said. "And they turn to my husband, who is not an expert, for answers."

Likewise, Diana Sieger finds she's not always taken seriously or included in networking opportunities even after being appointed president of the Grand Rapids Community Foundation more than 30 years ago.

Sieger credits the respect she gets in boardrooms to her outspoken nature.

"I would be the only woman sitting around the table, and I wanted so desperately to be taken seriously," she said. "But I was never shy about advisedly expressing my opinion, and that worked in my favor.

"I remember sitting in a meeting, and the men were denigrating Hillary Clinton in pretty unsavory terms. I said, 'I want you to go home and say that to your wife, your daughter and your granddaughter and see how they react.'

"From that time forward, I didn't hear those kinds of comments."

The takeaway, Sieger said, was not to allow herself to be minimized, to address it then and there and to learn how to sit down with a business leader and hold her own.

"I take the attitude that you may not like me, but you're going to respect me," she said.

Nonetheless, Sieger acknowledged that being a white woman in leadership is a truly different experience from being a minority female leader.

"Women say men treat us as if we're invisible," she said, "but African American women and Latinx women are truly invisible people."

Case in point: Helene Gayle, M.D., noticed throughout her career that she could be the only leader in the room and still be discounted by male colleagues.

"Luckily, I came into my roles in the times when being the first woman was not the uphill battle that it was 20 or 30 years ago.

"Still, I have had male counterparts that were my direct reports, and reports of my direct reports, who got more attention in meetings than I did," said Gayle, president and CEO of The Chicago Community Trust, former president and CEO of CARE and a physician who worked with the federal Centers for Disease Control and Prevention and the Bill & Melinda Gates Foundation on HIV/AIDS and other health issues.

As a minority leader, NORA's Anita Bradley finds she must do more than her male counterparts to get the outcomes for the people she's serving.

"I have brought in more than 20 million federal dollars," Bradley said, "but it's not easy."

It's what you know—and who, too

The ability to acquire essential funding, Bradley said, comes down having access to a larger social network. That's something that men and white people in general tend to have because they are invited to serve on more boards of directors.

Likewise, Cassie Nielsen, president of Talent for VMG Partners, recently told Yahoo! Finance it "makes economic sense" for women to serve on boards as they make 70-80% of consumer purchasing decisions.

"Yet, because women are underrepresented on boards of directors, those boards lack a diversity of decision-makers, which allows unconscious bias to play out," Deyton said.

Sieger of the Grand Rapids Foundation said boards of trustees also help build a good network of female leaders and other support and are easier to get on than boards of directors.

It took a while to get her foot in the door, but Eva Garza Dewaelsche, president and CEO of SER Metro-Detroit Jobs for Progress Inc., said sitting on several boards has allowed her to penetrate a normally all-male group of leaders. Dewaelsche sits on the advisory board of Comerica Bank, is a member of the New Detroit board of directors and is a Detroit police commissioner.

Unfortunately, she said, she has received more help from men than women.

"I would like to be able to say that women have opened doors to opportunity for me, Dewaelsche said. "But that hasn't been the case for most of my life because they are not in leadership roles or were not when I started 25 years ago.

"Women have to place themselves in situations where they can have that opportunity—where they can be leaders. I take advantage of every opportunity that comes my way to learn how to be a leader."

Whatever the reasons for the inequality, women's work should not be diminished, Deyton said. "Women at work in this country's more than 900,000 charitable organizations are making huge contributions to the fabric of our society."

Compassion Becomes a Career for Women in Nonprofits

Bringing Dignity to the Struggles of Others