Facing the Music: How Arts Organizations Are Impacted by COVID-19

Reopening with safety in mind

During the turbulent 1960s, four churches founded The Ark to provide a safe place for young people who were striving to peacefully transform the world.

Ironically now, even as people of all ages demonstrate in support of the Black Lives Matter movement, the 55-year-old music venue in Ann Arbor, Michigan, is shuttered. Why? Because of COVID-19, a new and highly contagious virus that within weeks spread worldwide. 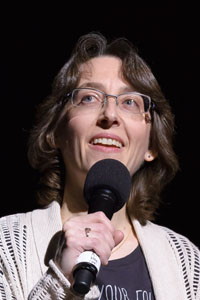 The Ark is one of thousands of arts and cultural institutions nationwide that COVID-19 shut down, costing thousands of jobs and billions of dollars in lost revenue and wages. Moreover, it prohibited more than 130 million Americans from attending the artistic and cultural activities they rely on for entertainment, education and comfort.

At the same time, the pandemic is inspiring new creativity in the sector, keeping these organizations alive virtually and helping them preserve their missions. 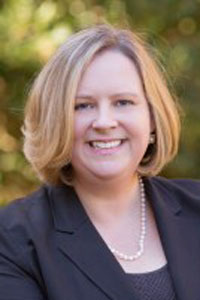 Laura Lott, president and CEO of the American Alliance of Museums

"If there's any sort of silver lining to this," Lott said, "it might be the increased recognition of their roles as educational entities that serve kids' needs outside the school building and school day."

"The arts, large and small, are part of our daily lives—from the book you're reading and the music you're listening to, to the design of cars and buildings," said Victoria Hutter, assistant director of public relations for the National Endowment for the Arts, a federal agency.

Hutter said arts and cultural institutions in the United States contributed nearly $878 billion, or 4.5%, to the gross domestic product and employed more than 5 million salaried and wage workers, according to the latest figures.

But experts expect the pandemic to slash those figures by nearly $7 billion in 2020 and leave many organizations unable to ever reopen.

• 67% expect crisis to have a "severe" impact on their organization

• 10% are "not confident" they will survive the pandemic

Source: Americans for the Arts 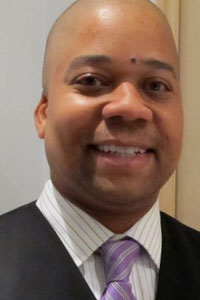 About 45% of museum revenue comes from gate ticket sales and related services, such as gift shops and cafes. "Now, everyone is suffering," Lott said. "Museums, collectively, are losing about $33 million a day and have been since March."

The Michigan Science Center is feeling the pain. MiSci, located in Detroit's cultural center downtown, had limited cash reserves and a little over $1 million in its endowment before the pandemic.

"It's not even close to what we will need to finish out the year," MiSci President and CEO Christian Greer said. "There was barely enough money to pay unemployment."

Because of COVID-19 fears and school group cancelations, earned revenue stopped even before the nonprofit closed its doors to visitors. Accordingly, MiSci furloughed staff on March 27, just 14 days after shutting down.

• Museums contribute $50 billion to the U.S. economy each year.

• 76% of U.S. leisure travelers participate in cultural or heritage activities such as visiting museums.

• Museums generate more than $12 billion in tax revenue, one-third of it going to state and local governments.

• Each job created by the museum sector results in $16,495 in additional tax revenue.

The Ark also has furloughed and reduced staff. Before the virus, about 70% of its revenue came from ticket sales and concessions and the balance from a membership program and individual, corporate and foundation donations.

"The goal is to try to stretch funds as far as we can and fundraise until we can not only reopen but also as we ramp back up beyond this unknown period of closure," James said.

Virus-related concert cancellations are also troubling the $1.8 billion-a-year classical music industry, which generates about 35% of its revenue from ticket sales, said Jesse Rosen, president and CEO of the League of American Orchestras.

"Orchestras are the opposite of social distancing. We're social intimacy, " Rosen said. "We put numerous people in enclosed spaces."

The New Jersey Symphony Orchestra was close to eliminating its deficit before the pandemic, said President and CEO Gabriel van Aalst. But after canceling more than 40 concerts, the orchestra's finances are "devastated," he said.

"It's tough. The orchestra is not full-time," he said, adding that the musicians often play with other orchestras, lecture at universities or work on Broadway for additional income. "While we have continued to pay musicians, many other industries haven't. Broadway, for instance, is 100% reliant on ticketing income."

"How do you demonstrate impact to funders now?" he said. "How do you continue to do mission work so there's a demonstrable outcome and people want to continue giving?"

Amid the financial devastation, Hutter said, the arts community has become especially creative about connecting with audiences and stakeholders and meeting their missions.

For instance, maintaining the NJSO's mission meant going virtual with "Couch Concerts" and events such as its world premiere of Gratis Tibi to thank essential workers, van Aalst said. 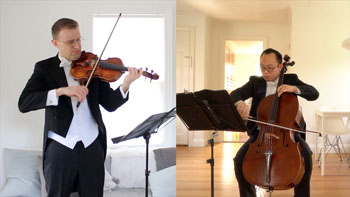 Similarly, the Center for Puppetry Arts in Atlanta is offering virtual-learning puppet shows and has made its puppet-making instructions available online. And the Mark Morris Dance Group in New York developed new virtual content by instructing each dancer to perform a certain task and record it. Then the dance company knitted the tasks together to make one film it could share, Hutter said.

While digital-only programming isn't ideal, it does allow organizations to attract new patrons.

The Ark is using Facebook to live-stream its Family Room Series, a curated program featuring familiar performers. Anywhere from 75 to 200 people watch live, while thousands view the recorded shows later.

"It's important that we stay in front of people and let them know we're here. That we could deliver our mission in a virtual community setting has been a real discovery," James said. "There's a different kind of live community that comes together virtually. People post comments and talk to each other during the show, allowing us to fulfill our mission on multiple levels."

The Michigan Science Center may not currently be accepting visitors, but the need for science, technology, engineering and math programs doesn't stop.

"This is not the time to stop funding, supporting and preparing our future scientists," Greer said. "We count on a lot of organizations, like the Ford Fund, to keep us alive. It's important that people of all ages, backgrounds, colors and creeds have access to STEM.

"If we don't get kids active in STEM at early ages, they will miss out on the opportunity to be a part of this economy."

With support from the Ford Fund, the Science Center launched a weekly distance-learning program called ECHO Live, accessible through Facebook and YouTube. Since the shutdown, ECHO Live educators have presented more than 50 shows, which include online science demonstrations and experiments they do with young people participating from home.

The remote-learning laptops and tablets that the Detroit Public Schools Community District has been distributing to students include links to ECHO Live. The first program attracted 500 people from around the state, Greer said, and now thousands from all over the country participate.

The Ford Fund and Ford Motor Company Executive Chairman Bill Ford are also matching $500,000 in donations to organizations fighting COVID-19 and some arts organizations struggling because of the pandemic.

Reopening with safety in mind

While each state is in a different phase of reopening, individual arts and cultural organizations are weighing what timing and safety protocols would work best for each of them.

Reopening is a big source of anxiety, said Lott of the museum alliance. Fall exhibit schedules are still uncertain, as some museums were just opening exhibits when they had to close. On top of that, she said, art museums in particular must consider how curators would travel, how to lend and retrieve art and whether they need to close some spaces to manage social distancing. 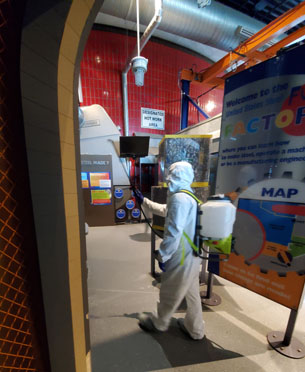 To help, the AAM is providing members procedures that include Centers for Disease Control guidelines and staff training—particularly given the politicization of mask wearing.

For performance-driven organizations like The Ark and New Jersey Symphony Orchestra, reopening comes down to seating economics.

Following CDC guidelines of six feet of space between each person means The Ark could only accommodate 40 people in its 400-seat venue. The NJSO, for its part, performs at six venues, some of which have upward of 3,000 seats. Social distancing would mean filling only 10% of the halls, for about 300 people.

Both The Ark's James and NJSO's van Aalst question the efficacy of reopening under those guidelines.

"The business model of that makes it difficult for The Ark to reopen," James said. The nonprofit is reviewing options, such as allowing a limited number of patrons in the building and live-streaming the concerts for those who want to buy tickets and view the show online.

However, reopening may not happen this year, James said, because The Ark is part of Michigan's last phase of reopening. "And that could be when there's a cure or a vaccine," she said.

The NJSO's van Aalst isn't sure the orchestra will return to the stage this year or even next winter.

"Because of the work we're doing, our audiences skew older," he said. "So, they are in the high-risk categories. Until there's wide availability of a vaccine, people may not feel comfortable coming into the halls."

Reopening considerations also include how to line people up outside, how to avoid clusters during intermissions and after performances, and how to keep staff and musicians safe.

"The science isn't clear," said Rosen of the League of American Orchestras. "We get contradictory signals from different agencies, which can be kind of daunting."

When the NJSO does reopen, it might begin with fewer musicians on stage. "The Houston Symphony is partnering with Rice [University] on a study about COVID and musical instruments—like wind instruments, which produce more droplets," van Aalst said. "We need to know the results. We don't want to put our musicians at risk."

Before COVID, Midtown Detroit was working with the Detroit Institute of Arts, Charles H. Wright Museum of African American History, Detroit Historical Museum, Scarab Club and others on ways to make the community more collaborative.

"It's interesting that something like COVID comes along and tests those relationships," said Annemarie Borucki, director of arts and culture for Midtown Detroit. "Once COVID came, we knew we needed to become even tighter."

After MiSci introduced Midtown Detroit to NSF, the group created a reopening program and toolkit for cultural center institutions.

"It's a monumental task; it's expensive, and there are different levels of complexity," Borucki said. "At the same time, you're losing revenue like crazy by not being open." 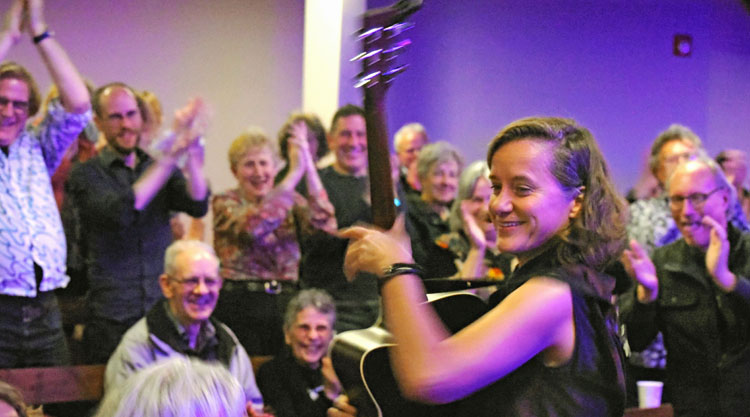 Susan Werner, a perennial performer in The Ark, had her May 2020 concert date postponed to Jan. 23, 2021. Photo courtesy The Ark