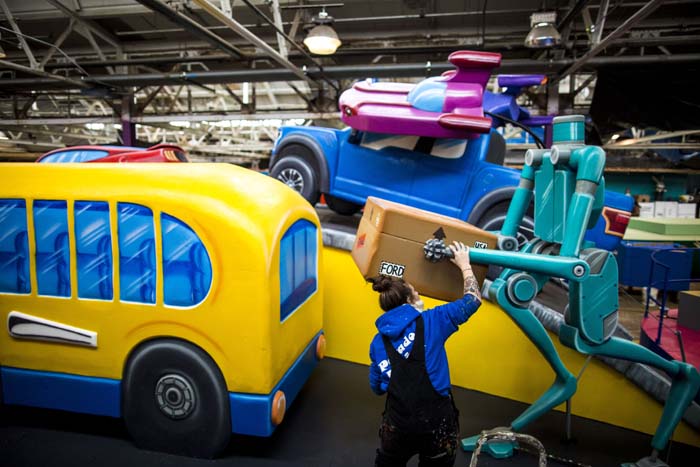 DEARBORN, Mich., Nov. 14, 2019 — Ford Motor Company demonstrates its commitment to Creating Tomorrow Together with an all-new float that will make its debut at the 93rd America's Thanksgiving Parade in downtown Detroit, Thursday, Nov. 28.

More than 100 feet long and 25 feet tall, the float showcases a view of Ford Motor Company's future – stretching from its innovation hub at historic Michigan Central Station in Detroit to the transformation of its research and engineering campus in Dearborn to its robotics lab in Ann Arbor, Michigan. The float highlights the company's iconic cars, trucks and SUVs, and looks to a future filled with electric and autonomous vehicles and innovative mobility solutions such as scooters and package delivery robots.

Large images on the float highlight Ford's nearly $20 million in annual charitable investments that go toward building stronger communities in southeast Michigan. Riding on the float or walking alongside will be members of Ford Volunteer Corps, which deploys more than 5,000 employees a year to perform local community service projects.

"America's Thanksgiving Parade is a cherished local tradition that unifies Detroiters by capturing the imagination of families from generation to generation, and across all backgrounds and walks of life," said Jim Vella, president, Ford Motor Company Fund. "We are proud to be a part of the fond memories and shared experiences that make this parade such a joyful way to kick off the holiday season." 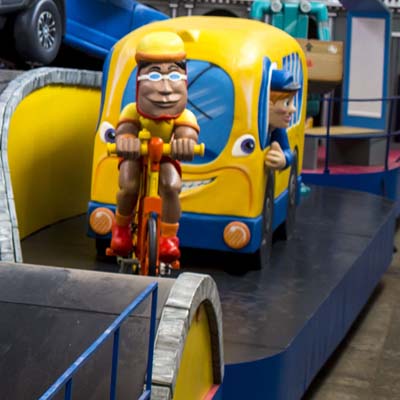 Along with the debut of the new float, Ford also is extending its partnership with The Parade Company on signature community traditions with its commitment to sponsor America's Thanksgiving Parade, Ford Fireworks and Hob Nobble Gobble through 2021.

Ford has been investing in Detroit for more than 100 years. Over the holidays, Ford and Ford Fund, the company's philanthropic arm, are once again joining hunger relief partners to address food insecurity across Metro Detroit. According to Gleaners Community Food Bank, more than 650,000 people in southeast Michigan will face hunger this year. Initiatives throughout the 2019 holiday season include:

• Ford Fund is again teaming up with Gleaners to help feed the hungry, including Ford Double Your Donation Day this coming Tuesday. All donations will be matched dollar-for-dollar. Donate at www.gcfb.org/double or call 855.315.FOOD (3663).
• Ford Fund will provide food staples and items for holiday meals through Gleaners food pantries at Ford Resource and Engagement Centers in Detroit. Over the past six years, the centers have provided more than 3 million pounds of food to families in southwest Detroit and on the city's east side.
• For the 12th consecutive year, Ford Fund is supporting Holiday Meals on Wheels along with the Detroit Area Agency on Aging to ensure 6,000 homebound seniors can enjoy Thanksgiving dinner.
• Some 1,200 Ford volunteers will prepare and serve meals, and participate in more than 130 seasonal activities between now and the end of the year with The Salvation Army, Gleaners, Fish & Loaves Community Food Pantry, Focus: Hope, Forgotten Harvest and Yad Ezra, among others.
• Ford Mobile Food Pantries will roll over the holidays with meal deliveries and by providing assistance at community events, such as the fresh produce drive at the University of Detroit Mercy to benefit senior citizens. A mobile pantry will deliver pies prepared by students for nonprofit partners. Since 2010, this fleet of 20 mobile pantries has served 8 million meals.
• Ford volunteers also support Operation Good Cheer, which provides donated Christmas presents to foster children in Michigan. Started by Ford employees in 1971, the program has grown from providing gifts to 66 foster children to nearly 7,000.

In addition to hunger relief, Ford and Ford Fund have invested more than $175 million in Detroit and southeast Michigan over the past 10 years to support education, safe driving, and various arts and culture initiatives. Since 1949, Ford Fund has invested more than $2 billion to build stronger communities in 60-plus countries around the world. 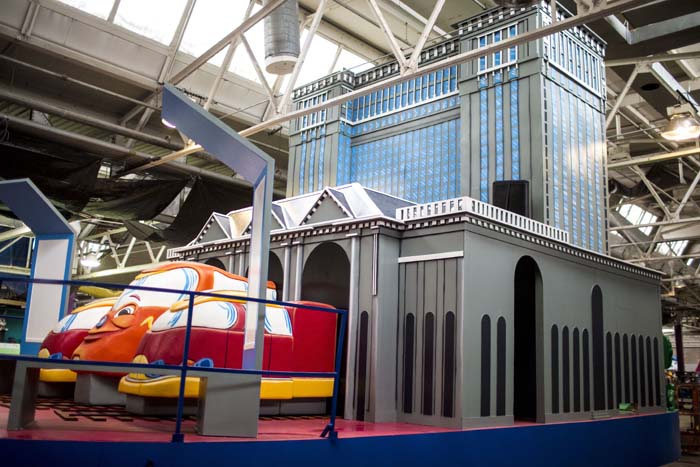 As the philanthropic arm of Ford Motor Company, Ford Fund's mission is to strengthen communities and help make people's lives better. Working with dealers and nonprofit partners in more than 60 countries, Ford Fund provides access to opportunities and resources that help people reach their full potential. Since 1949, Ford Fund has invested more than $2 billion in programs that support education, promote safe driving, enrich community life and encourage employee volunteering. For more information, visit www.fordfund.org or join us at @FordFund on Facebook and @fordfund_ on Twitter.