When I was 12, I went around with six words constantly running through my head: 'Why doesn't this man want me.?'"

"I never met my father. He didn't acknowledge me. It made me feel like I was half a person, maybe I wasn't worthy. And this feeling followed me and was part of everything I did. As I grew older, I knew how guys like me felt. I knew I wanted to do something for them."

Odis Bellinger did, in fact, do something. In 1991, he founded Building Better Men. His mission: to enhance the spiritual, academic and social aspect for Detroit area boys aged 8 to 18.

For his first gathering, he posted handwritten notices on trees and telephone poles in northwest Detroit. Some 200 boys and young men turned up at Dexter Davidson Playground to meet Bellinger and hear his ideas.

"I talked to them about being positive and to understand that they have value. And then we played basketball," said Bellinger. "I wanted to teach life skills through the sport of basketball. From there, the program just grew."

And grew and grew. In June, Bellinger added golf to his curriculum—after tennis, cycling, hiking and archery.

Most of the equipment is donated, like the 30 sets of golf clubs. And every sport is taught by a professional athlete.

As important as sports is to Building Better Men, teaching life skills that last a lifetime, is the ultimate goal. For Bellinger, that means conflict resolution and academics. The organization's literacy program, for example, is designed to improve the boys' reading abilities by one to three grade levels.

Building Better Men is one of just four nonprofit organizations in the United States that won a 2021 Ford Men of Courage Game Changer Award. With the recognition comes a $5,000 prize that is given in collaboration with Jerome Bettis & The Bus Stops Here Foundation.

Bellinger received the Game Changer award on Saturday, Dec. 4, at a Ford Fund Men of Courage ceremony in Detroit.

"I am humbled and elated to receive this award and to be recognized by the Ford Fund and Jerome Bettis," Bellinger said. "We've been doing this work for a long time. And this recognition and financial support will go toward our sports and literacy programming." 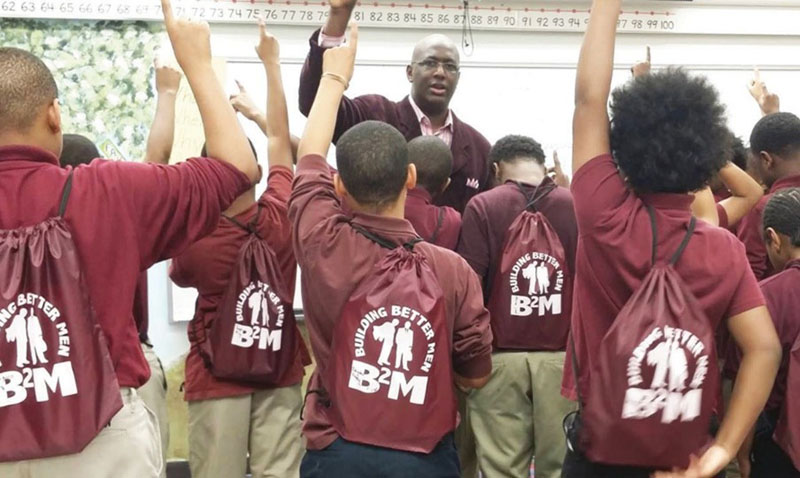 Since the founding of his organization 30 years ago, Bellinger estimates he and his team have reached nearly 30,000 children.

Bellinger attended Fayetteville State University in North Carolina on a basketball scholarship and earned a MA degree in Rehabilitation Counseling and Community Inclusion from Wayne State University. He is an expert in conflict resolution, violence prevention and socio-economic issues affecting African-American male youth. He is well known for his work and, in 2017, was awarded the Detroit News Michiganian of the Year award.

Bellinger, a husband and father of two daughters, said his work has been made possible by ongoing community support.

"So many organizations have made Building Better Men what it is today," he said. "My deepest gratitude goes to SAY Play Foundation, Detroit2Nepal Foundation, Marjorie and Maxwell Jospey Foundation and Black Leaders Detroit."

Pre-pandemic, the boys and young men met at the Say Detroit Play Center in Northeast Detroit, for Building Better Men programs. Like all the world, they shifted to online programming last year. This fall, they began gradually returning to in-person participation. 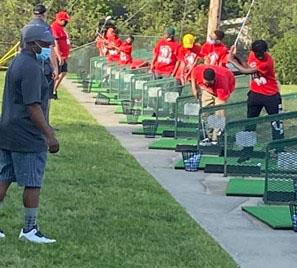 He loves to point to the many, many success stories that took root through Building Better Men. Young boys who participated in the organization's programs have gone on to become NBA players, doctors, lawyers, television journalists, authors, fathers and grandfathers.

Bellinger recently spoke with much pride about one Detroit boy who launched his own business earlier this summer. Brandon Kuhn, 12, developed a hair oil for men's beards and called it Money Bean, in honor of his deceased father.

With his mother, Delisicia Jenkins, as his business partner, Brandon formed an LLC, designed a label and calculated the retail cost of the product.

Using essential oils and plant-based ingredients, Brandon developed a recipe for hair products for black men. He received a financial investment from a family friend and business skills from Building Better Men.

"Mr. Bellinger always tells me I should respect myself and be confident in what I'm doing," Brand said. "Don't let people get to me and to remember that I can do what I want.

"I am thinking about being a professional track runner—and being in business. I like them both."

With Bellinger has a mentor, there's little doubt Brandon will, in fact, do both.