I was an engineering-focused kid who liked to sing, dance and act. My mom is the reason I have so many interests. She found the atypical stuff for me to do. She sacrificed a lot for my siblings and me. One year I went to a summer camp at Johns Hopkins' Center for Talented Youth. I studied math modelling and met kids who went to dance school. It seems one thing always led to another like this."

Alexander Lowe is indeed a talented youth. A junior at Fort Valley State University in Georgia, Lowe is majoring in mathematics and computer science. He will pursue a master's degree in computer-engineering, which he intends to use as he works his way up through the field of education public policy. Lowe envisions an overhaul of the current system that uses a digital environment to blend entertainment with education to enhance learning. In the meantime, he has developed two education-related businesses.

This is the kind of higher thinking that attracts the attention of Ford Next Generation Learning (NGL) administrators. In high school, Lowe focused on Science, Technology, Engineering, Arts and Math (STEAM) curriculum, and he and his classmates wanted to share their enthusiasm for math and science with younger students in the community. But instead of getting the kids to come to them, they went to the kids. 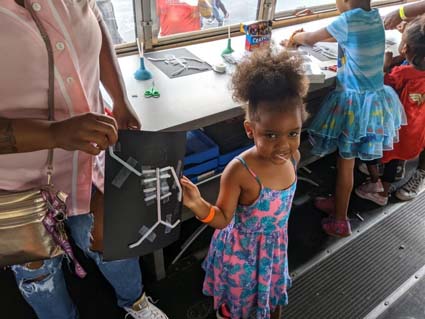 The high schoolers were given an old school bus from the school district. They developed a plan to outfit it with interactive educational games and identified neighborhoods that would most benefit. Then they entered the Ford NGL STEAM High School Community Challenge and won two $5,000 awards in two years. They used the funds to paint the bus and stock it with laptops and supplies.

"The STEM Bus is meant to engage the community," Lowe said. "The projects open the eyes of young people to a lot of different career opportunities in the county. The funding really created a serious tone around the project. So many things lined up for us after that. It wouldn't have been possible without the Ford Fund's award."

Upon high school graduation, Lowe and his teammates passed on the reins of the STEM Bus to other students, and it continues to operate. Lowe then turned his focus on college.

"I believe my purpose is to help students at Historically Black Colleges and Universities reach their full academic potential. I started a business called The HBCU Tutor." I try to address the individual difficulty that each student is having and then give them a comprehensive learning plan to be successful.

"If you're having trouble in trig, we're going to break it down for you. We want to find out what you don't understand about trig and give you specific practice problems and links to helpful content."

Lowe and his partner were working on the backend technology to extend access to other colleges and recruit tutors when classes were suspended due to the coronavirus. "Our progress is derailed at the moment," he said.

For Lowe, it's a temporary setback. He believes having a direction in life, a plan, can help one jump over most any obstacle. 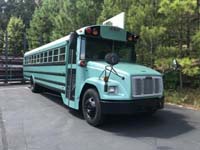 "I am serious about being intentional and that means having a direction," Lowe said. "I think of it as an arrow. It starts going, but you don't know exactly where and how far the end point is.

The real important piece is that you have set the process in motion. You will only increase your magnitude, your effect in life, by moving forward. Now, is the time to choose your direction and move closer and closer to your goals.

A signature Ford Fund program, Ford Next Generation Learning (NGL) is a STEAM-focused education initiative that links high school learning with real-world careers. A collaborative, community-driven approach, Ford NGL operates a network of career academies—small, rigorous learning communities within high schools throughout the United States and the United Kingdom—that concentrate on specific areas of study interest, such as engineering, design, technology, healthcare or manufacturing. Ford NGL mobilizes educators, employers, and community leaders to prepare a new generation of young people who will graduate from high school ready for college, careers, and life—prepared to compete successfully in the 21st century economy.

The Ford STEAM High School Community Challenge is a grant competition that invites students enrolled in NGL career academies to use a STEAM approach to design projects that help address local needs in their community.