Ford and the Arsenal of Democracy: 75 Years Since the End of World War II

WASHINGTON — Ford Motor Company was a major force in the Arsenal of Democracy. Under the leadership of Edsel Ford—and despite the reluctance of his father Henry to join the war effort—the company played a pivotal role in the powerful collaboration of industrial leaders that supplied the planes, tanks, trucks and jeeps that supported the Allied victory in World War II. During one of his famous fireside chat radio broadcasts, President Franklin D. Roosevelt coined the term Arsenal of Democracy, as part of an appeal to the nation to provide more military supplies to Great Britain. The address took place one year before Pearl Harbor and the U.S. entry into the war. The phrase Arsenal of Democracy soon became synonymous with Detroit and the area's automakers, which became the heart of a mighty military manufacturing center.

This year marks the 75th anniversary of the end of World War II. To commemorate this historic occasion, the National Archives and National Archives Foundation hosted an online panel discussion about the role of private industry in the war effort then and the challenges we face today. The panel featured former Secretary of Defense Chuck Hagel, A.J. Baime, author of "The Arsenal of Democracy" and Ford historian Ted Ryan. In addition, the National Archives is showcasing historic documents and virtual programming with support from Ford Motor Company Fund.

Following the attack on Pearl Harbor on Dec. 7, 1941, the industrial economy in the U.S. quickly changed to a war footing. Ford stopped building civilian vehicles in 1942 and turned its attention to the massive job of producing armaments to support the Allied war effort. Ford was certainly not alone in this endeavor. Detroit's Big Three automakers led the way with help from companies across the country. General Motors built tanks, trucks and aircraft parts. Chrysler provided tanks, trucks and electronics. Ford produced jeeps, trucks, airplane engines and B-24 bombers, which were cranked out at Ford's Willow Run plant outside Detroit, perhaps the most famous factory in The Arsenal of Democracy. 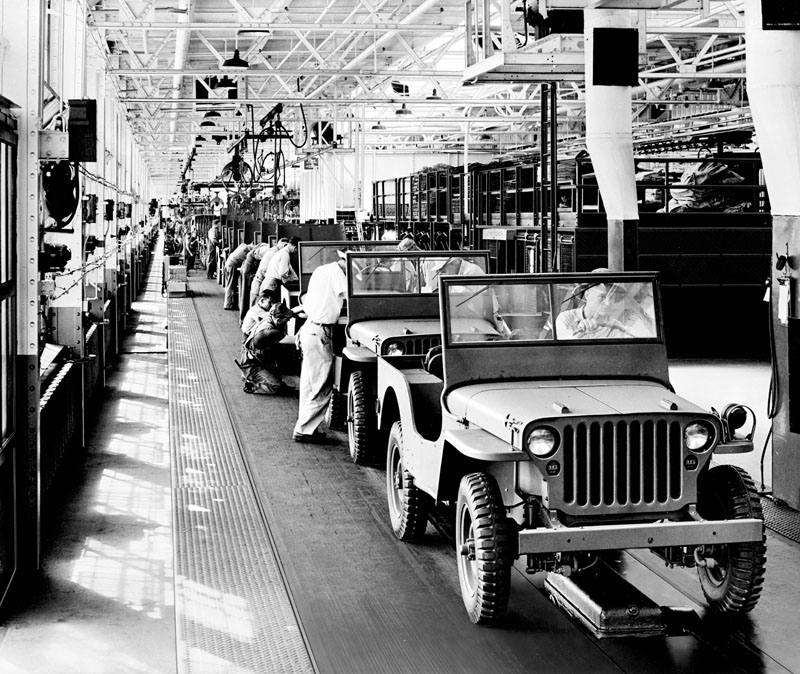 In its day, Willow Run was a true engineering marvel. Built and designed to be the first factory for the mass production of bombers, the assembly line was almost a mile long and delivered nearly 9,000 B-24 Liberator bombers, half of all the B-24s built during the war. Willow Run produced a remarkable one bomber per hour, fulfilling a promise from Ford President Edsel Ford that many thought was impossible. Edsel Ford dedicated himself to making a major contribution to the allied war effort, but his determination put him in conflict with his father, company founder Henry Ford, a pacifist in the early years of the war. Edsel Ford won the battle and the allies won the war, but he did not live to see the final victory. Edsel Ford passed away in 1943 from stomach cancer.

"While the entire Ford Motor Company organization supported the war time efforts, the true champion, who does not often get the credit he deserves, was Edsel Ford," said Ted Ryan, historian, Ford Motor Company. "Edsel worked tirelessly to get the appropriate resources and maximize the company's astounding manufacturing output. His work developing and supporting Willow Run is a lasting achievement."

Willow Run employed 42,000 workers at peak production, one-third of them were women who became known as Rosie the Riveters. In addition to their work on assembly lines, the Rosies had a lasting impact on society, changing perceptions and expanding opportunities for women in the workforce. In 2016, Ford Fund and Yankee Air Museum sponsored an Honor Flight to Washington, D.C. for more than two dozen original Rosie the Riveters.

In 2020, Ford and General Motors again answered the call to help the U.S. address the pressing needs of another crisis—the COVID-19 pandemic. In what some are calling the Arsenal of Health, in tribute to the Arsenal of Democracy, the automakers produced ventilators and other medical supplies to aid patients in hospitals across the country. Ford and the UAW built 50,000 ventilators, more than 32,000 respirators, 20 million face shields and is working toward a target of producing 100 million face masks, many of which Ford Fund is distributing to nonprofit partners that need them. So, how is it that Ford can quickly pivot from building passenger cars and trucks to producing complex items that are suddenly in demand?

"It's because of the way that we work," added Ryan. "The company has engineering and scientific know-how and the capacity to build anything and do anything when required to. The automobile manufacturers with interchangeable parts, assembly line process, industrial management capabilities, we have a greater ability to do things like this than any other industry." 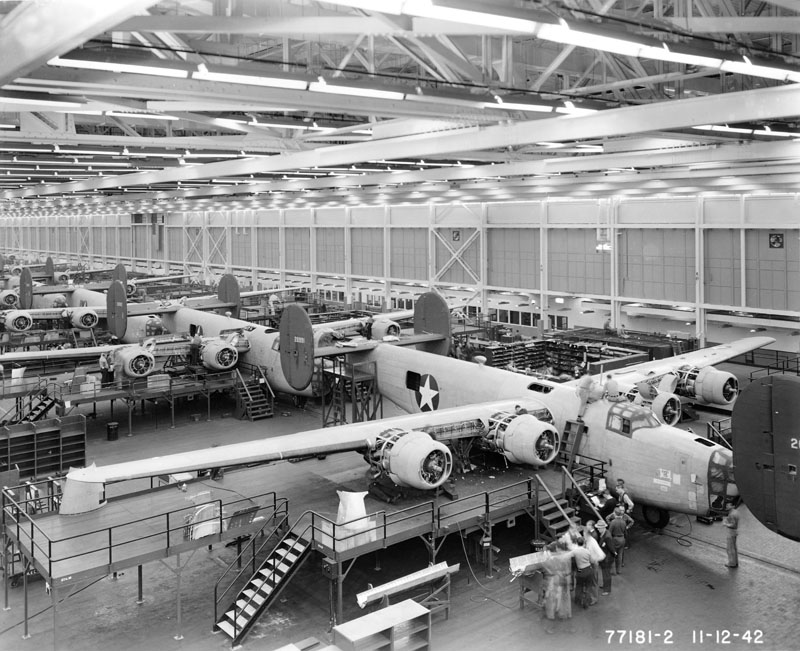 Ford has been adapting its expertise in vehicle production to build new products needed by society for more than 100 years. The company produced Eagle boats—submarine chasers—in 1918 during World War I. Ford developed a low-cost incubator in the 1940s to help rural hospitals care for premature babies and also created an iron lung for young people suffering from polio.

Ford has a proud history of supporting military veterans, dating as far back as 1919, when Henry Ford began hiring disabled veterans returning from World War I. In 1922, Henry Ford organized a caravan of 50 Model Ts to take disabled American veterans to their convention in San Francisco. Ford's relationship with DAV continues 98 years later with support for the DAV Transportation Network that brings disabled veterans to medical appointments. Since 1996, Ford has donated 239 vehicles to this program which has helped provide more than 19 million free rides for veterans across the U.S. Ford Fund also supports the DAV Jesse Brown Youth Memorial Scholarship. Ford Motor Company currently employs approximately 6,000 military veterans.