DEARBORN, Mich. — Ford Motor Company Fund and Bunker Labs are providing military veterans and their spouses with another opportunity to showcase their businesses and compete for much needed capital to fuel their future dreams. 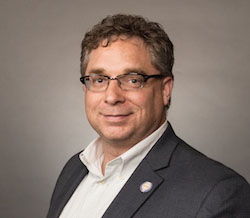 The Ford Fund Virtual Pitch Competition is helping military veterans keep their new businesses on course after the annual Bunker Labs Muster Across America Tour was derailed by COVID-19. Bunker Labs is a national nonprofit created by military veterans with a goal to empower other veterans to become leaders in innovation through entrepreneurship. This is done through mentorship opportunities, events and local network connections that help veterans start and grow businesses. With support from Ford Fund, The Muster Across America Tour visits cities across the U.S. to build stronger connections between the veteran and business communities. Since the tour was cancelled by the pandemic, Bunker Labs went to a virtual format for the pitch competition to give veterans an opportunity to win Ford Fund grants to boost their businesses.

In this new virtual format, veteran entrepreneurs featured in the Bunker Labs All-In campaign were invited to pitch their companies. Five finalists were chosen to compete virtually before a panel of judges who selected three winners to be awarded Ford Fund grants. And the winners are: 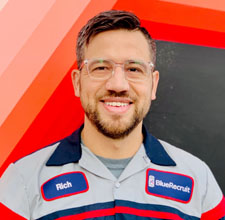 "The experiences, team work and skills learned in service of our country can serve as a solid foundation for these men and women as they build sustainable businesses," said Yisel Cabrera, manager, Ford Motor Company Fund. "We're proud to work with Bunker Labs to assist these inspiring entrepreneurs as they pursue new roads to success." 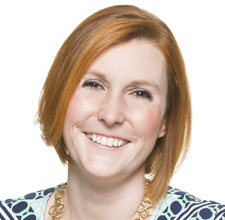 Ford Motor Company has been supporting military veterans for more than 100 years, dating back to 1919 when Henry Ford began hiring disabled veterans returning from World War I. Based in Chicago, Bunker Labs launched five years ago and is currently active in 20 states across the U.S. Ford Fund first connected with Bunker Labs in 2017 with a $10,000 grant during a veteran-themed episode of NBC's GIVE program that featured nonprofits helping men and women ease back into civilian life after military service.Ford Fund also provided a grant for the Ford Bunker Labs Detroit Student Fellowship Program. In 2018, Ford Fund began sponsoring the Bunker Labs Muster Across America Tour to empower veterans seeking to be entrepreneurs.

"Much like Henry Ford created a better way, the Ford Fund and Bunker Labs are working together to support the next generation of military-connected entrepreneurs," said Blake Hogan, CEO, Bunker Labs. "Partners like the Ford Fund make it possible to provide meaningful capital to entrepreneurs at one of the most difficult times in history to be launching a company. We are grateful for their support and the growth it will enable for the winners of the first ever Ford Fund Virtual Pitch Competition."

Click here to learn more about Bunker Labs through the eyes of Becca Keaty, a wife, mother of three, retired Staff Sergeant and Chief Development Officer at Bunker Labs.