National Teen Driver Safety week is Oct. 21-27. The observance serves as a reminder of the numerous changes over the past few decades and the progress made in driver’s education.

Some 20 years ago, most urban students received driver’s education at public high schools. They practiced driving on a closed course with simulated traffic signals and parallel-only parking lots, listened to a monotone instructor, and watched melodramatic films of bodies being pulled from mangled cars.

Since then, most school districts have eliminated their driver’s education programs along with other cost-cutting measures. Now many prospective drivers rely on shorter-term online training, costly courses from private companies or parental instruction.

Still, the National Highway Traffic Safety Administration reports car crashes are the leading cause of death for teenage Americans, causing 31 percent of fatalities. According to the Governors Highway Safety Association (GHSA), crash rates per mile driven are three times higher for teenage drivers than for older drivers.

“We felt it was the right thing to do start the program and try to help save teen lives,” Jim Graham, Ford DSFL Global Manager, said. 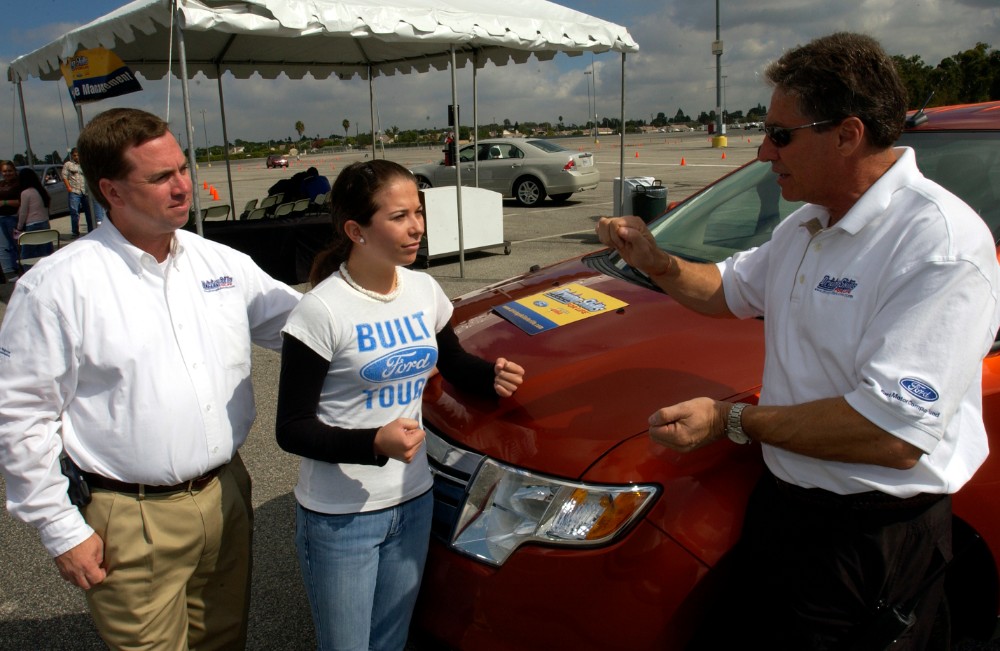 During the last 15 years, Ford DSFL has invested more than $50 million to provide free advanced driver education to more than one million newly licensed drivers in all 50 states, Washington, D.C., and Puerto Rico. Ten years ago, Ford launched DSFL programming in a small number of Asia-Pacific countries. Today, Ford DSFL provides free driver training throughout the United States and in more than 40 countries.

When DSFL launched in 2003, there were nearly 8,000 teen driving deaths in the United States every year. With increased training and encouraging many regions of the country to institute graduated drivers licensing programs, fatalities have dropped to around 4,000.

However, Graham, who has worked with the program since its inception, said the reduced figure is still too many. “That number should be zero,” Graham said.

Working toward that goal, Ford DSFL doesn’t just teach new drivers when it tours the nation each year. Parents also are becoming more involved with their students’ driving education.

“Now parents come out and get to see the exercises and learn what they need to do with the students at home,” Graham said, who adds that Ford could not offer DSFL without the support of the community.

Ford DSFL partners with experts, such as ProFormance Group, to establish the training of new drivers in disparate communities and cultures need. They determined 60 percent of all driving-related fatalities are the result of inexperience in four areas:

• Vehicle Handling: For instance, high-performance driving instructors, when teaching drivers how to handle the vehicle in various situations such as snow or ice, put the driver and car into a slide and show them how to recover.
• Hazard Recognition: New drivers learn how to recognize and avoid potential dangers without panicking.
• Speed Management: Participants learn the reason behind speed limits.
• Space Management: Drivers find out the best stopping distances for different weights of vehicles.

Drew Scott participated in a Ford DSFL in Tazewell County, Ill., about 10 years ago.

“We had trained drivers in the car with us,” said Scott, a teacher in Leroy, Ill. “They were giving us skills for what to do if you go into a drift. I never actually drifted in a car. It was really good hands-on practice. They taught you to look where you want to go and your hands will follow so you can maintain control. I remember the person in the passenger seat when I drove had been a driver for the Fast and the Furious, or something incredible like that, and I felt like I was in good hands.” 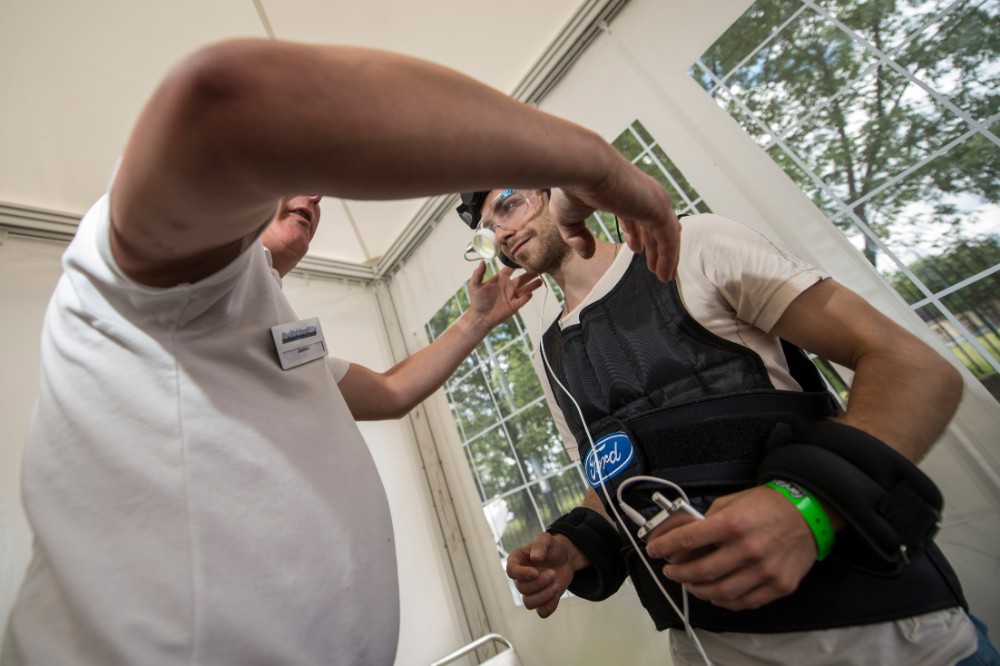 Driving while hungover can be just as dangerous as drunk driving, which is why Ford created a Hangover Suit. The suit is specially designed to simulate a throbbing head and feelings of fatigue and weakness.

Fundamentally, every lesson is about helping young people make better decisions while they drive, Graham said. That’s why Ford DSFL and its partners watch for trends and look at ways to adapt or evolve the program.

Already, Ford DSFL is teaching drivers to avoid distractions, such as mobile phone use and the actions of multiple passengers. DSFL emphasizes refraining from driving while impaired by alcohol and drugs, and avoiding getting in a vehicle with an impaired driver. Ford DSFL has started using drugged, drunk and hangover suits that help simulate the effects of impaired driving.

“We say, ‘Here are the ramifications if you do. You might go to jail if you kill somebody,’” Graham said.

More changes to the Ford DSFL program are coming, such as training drivers in pedestrian and bicycle safety, as more bikers hit the roads. DSFL programmers also want to teach drivers how to use the new vehicle functions as cars become more connected and autonomous.

“My Lincoln MKX has Lane Keeper and Advance Collision Warning,” Graham said. “Regardless of what make or model your vehicle is, you’re not a safe driver if you don’t know how to use that car’s features ... and we need to look at training on those different skill sets.”