From invisible to role model

The first time, homelessness was thrust on me. The second time, I became homeless by choice with a dream to inspire youth not to give up on life, their dreams and understand the value of a higher education. I tell them about what I’ve learned over the years—that mentors, education and a dream of a better tomorrow are pathways to success. Yet those lessons didn’t come easily.

For a while, my brother, sisters and I grew up in a household where my father was violent toward my mother. To keep outsiders from finding out about the troubles in our home, we were taught, “What happens at home, stays at home.” And in this type of situation as a child you lose your voice. Unfortunately, when my mom gained the courage to stop the cycle of domestic violence and leave, my family was forced into hiding.

I was 14 years old when I first became one of hundreds of homeless youth living in the streets of San Antonio, Texas. I kept under the radar to keep people from knowing I was different. But I was. While most kids were playing outside, I fluctuated between being a street kid and a couch surfer, constantly looking for food and shelter for my 2-year-old brother, Ray, and 9-year-old sister, Danielle. I found homes for them while I stayed on the streets or with whomever took me in for a few months. I quickly learned to be invisible to keep from disrupting those families’ lives. I became their maid, babysitter, gardener or cook. The moment I became a burden, I had to leave. I had not only lost my own family, but I lost myself and my dreams in the process.

A free meal ... and inspiration 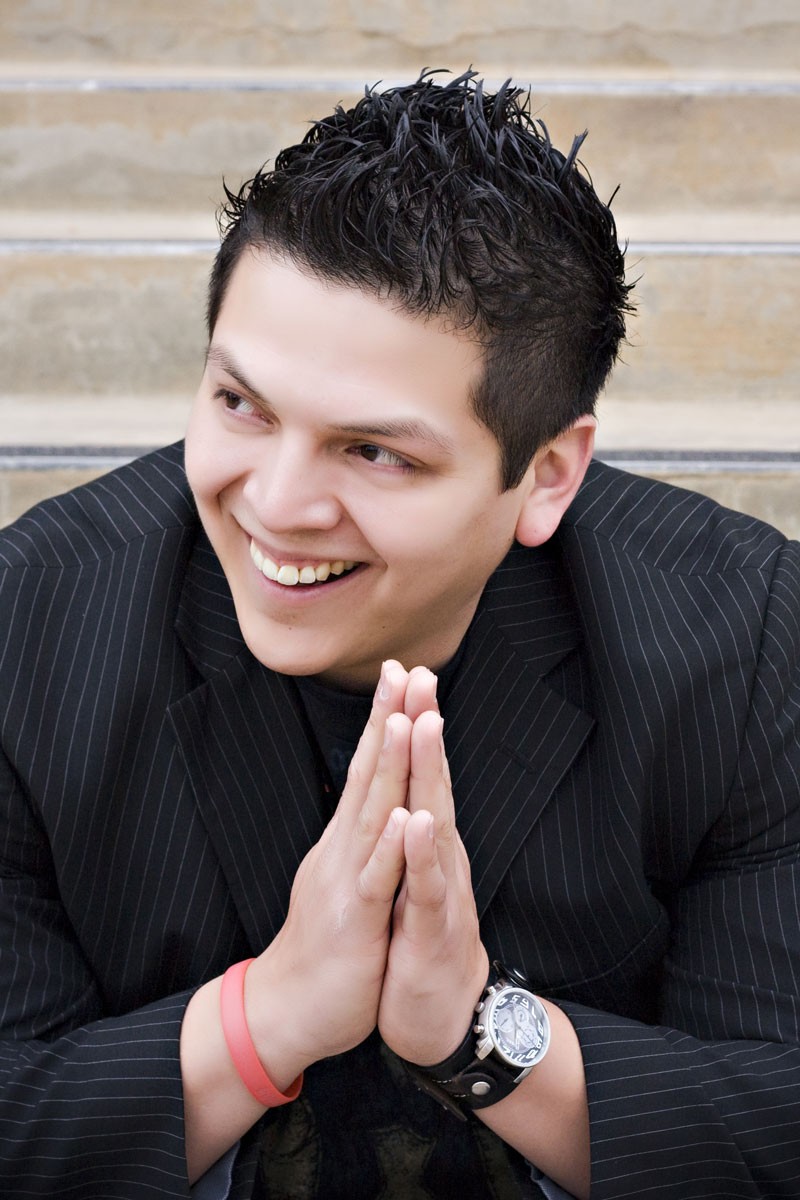 When I was 16, I walked into the Omni Hotel in Dallas to find a free meal and came across an event for the Federally Employed Women’s Training Program. I found myself in the awards dinner and sat in the back while motivational speaker Lt. Col. Consuelo Castillo Kickbusch, addressed the audience. Her words gave me the hope and strength I needed to dream again. They inspired me to keep trying. I didn’t meet her then. Instead, I grabbed her business card and left with a new drive.

I made my way back to San Antonio to my best friend’s aunt’s house. Ms. Carmen was caring for my baby brother Ray. I picked him up and took him to the pastor of the church, we had once attended. My goal was to make a deal and have Pastor Doris let us live in her church and in exchange I would clean it so it would be ready for all her services. I planned to raise my little brother and make sure he attended school. But Pastor Doris wouldn’t let us live in her church. Rather she allowed us to live with her as long as I returned to high school. I enrolled as a third-year freshman at Southwest High School in San Antonio.

High school is difficult when you’re a typical student with a mom and dad and a home you call your own. Growing up on the streets had altered my view of life. I recall at lunch one day hearing a girl complain because her mom made her clean her room and wouldn’t let her go out. I couldn’t stand it, I turned around and said, “Do you know how lucky you are? At least you have a mom.”

Luckily I found amazing teachers who kept me emotionally stable. There were times when I spent my lunch in Ms. Barrera’s room crying and trying to figure out why my parents hated me, what was wrong with me. She always had the words to comfort me.

Then, three months before my 20th birthday, I graduated; and with encouragement from my educators, I enrolled at Northwest Vista Community College in San Antonio.

Thanks to education, a limitless world opened up and taught me that no one could steal my dreams. Education gave me the grit or ganas (desire) needed to find myself again.

From victim to role model

Eventually, I did meet the woman who encouraged me to change my life. Debi Gaitan, vice president for Student Success at Northwest Vista, asked me to introduce a guest speaker at the school. To my surprise, it was retired Lt. Col. Kickbusch. The same woman I had heard seven years prior. No one knew my story and that day I stood in front of all of my educators, classmates and friends and introduced Col. Kickbusch as a woman who gave me a second chance at life without even knowing it.

She taught me not to live my life as a victim or as a survivor but take it one step further and become a role model. After Northwest, I followed her footsteps to Hardin-Simmons University in Abilene, Texas, where I worked toward a degree in business and began building my life around my dream of inspiring youth and reuniting families across America. As a freshman, I founded America’s Business Leaders, which provides powerful keynote speakers, mentoring, workshops and parent and youth development programs.

Once I graduated, I accepted a position with my mentor in Las Vegas. But three months later, she let me go. I was confused. I thought I was doing well.

“You don’t get it, do you?” she replied. “You aren’t meant to work for me. You have three months to save money and go do what you were meant to do, but that isn’t working for me.”

Back on the streets

I won the battle to leave the streets only to return to them to share my story. A lot of you may be wondering: Why would he go back to being homeless? The truth is—I had a huge desire to give back to society in honor of every person who had taken me in, fed me and put clothes on my back. Besides, if there was anyone who could talk to people about what it was like and never giving up on your dream, it was me. Plus, being homeless again was a way to draw attention to my story.

Three months after our talk, I got in my 2001 Ford Mustang and began the Homeless by Choice tour. For 2 ½ years I drove around the country sharing my story of hope, perseverance and the power of education with youth, parents and educators—more than 100,000 people.

While I was living my dream and breaking through my own barriers, living homeless again was going to be difficult. What I didn’t plan on was my friend crashing my car two weeks before the start of my Homeless by Choice tour. I used every penny I saved to fix my car in order to start the tour. I sold what I could to buy gas and stored everything else in a friend’s garage. I began borrowing money that I would pay back as I received donations. Then my brother Ray, who was just a baby when we first became homeless, had started sending me money.

I called and asked, “Ray, where are you getting all of this money?” He said, “I know you need money for your tour so I made bracelets that say ‘Never Give up’ and I’ve been selling them to my friends to keep your tour alive.”

My brother had become an entrepreneur. My heart was so moved. I asked if I could sell them at the schools I visited and he agreed. For $3 each, I would sell anywhere from $500-$1500 in bracelets during school lunches. He saved the tour.

Dreams of helping reunite families also included my own family but I had a lot of healing to do first. My education helped me understand my parents and their actions. My mother was broken, but she was my mother and I love her. Eventually, I began having candid conversations with my brother and sisters about forgiveness that turned into a round table discussion about our personal strengths and shortcomings.

And then one morning, I realized I could be the change I wanted to see in her. So I left a rose and a note on the hood of her car. When she found it, she called crying, “How could you love me? After everything I’ve done to you ... You love me?”

That was the turning point of strengthening our new relationship. My siblings and I have all learned to forgive, even our father.

Now as a speaker in the Ford Driving Dreams program, I take what I learned as a homeless teen-turned-college graduate and use my experiences to motivate young people to forgive, to chase their dreams and be the change they wish to see.