Gary Judd: Sharing as a Way of Life

Growing up, I spent every summer at my grandparent's house in a little town in West Texas where my grandfather ran the local bank. He taught us to share what we have. And if you have more than you need, give it to those who need it more. I carried those values forward in life."

Gary Judd turned those values into action and became a consummate giver. As a 16-year-old with a newly minted driver's license, Judd spent one Christmas morning driving around town with the Goodfellows dropping off gift boxes of donated food and clothing to local families.

"I remember several times getting caught on the porch by parents offering thanks and heartfelt smiles, knowing that they could share Christmas with their loved ones," said Judd. "That feeling of giving and warmth has always stuck with me, and I've carried it forward to my time at Ford."

Indeed. He has been intimately involved in three major organizations that depend on volunteers to exist: North Texas Food Bank, Salvation Army and JDRF (Juvenile Diabetes Research Foundation). And each one gets his full dedication. 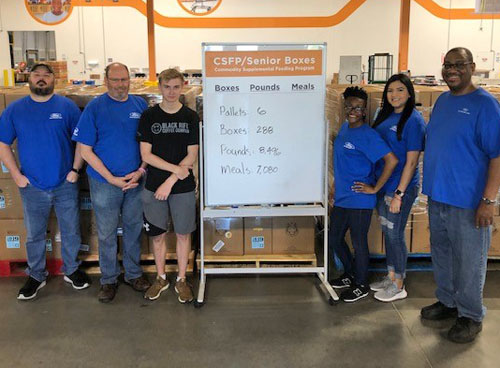 An avid volunteer when he joined Ford Credit 19 years ago, Judd was delighted to learn about the 16 hours of community service Ford gave employees to volunteer while "on the clock."

"Because of the time allowed, I was exposed to the North Texas Food Bank," he said. "That's where I taught my son the habit of sharing and donating time. During summer ‘staycations' when we had out-of-town family visit, I took the teenagers to the food bank first. Then we did something for them like swimming or the arcade. My son carried that habit forward by joining the United States Air Force."

Judd has spent his career in the Irving, Texas regional office of Ford Credit. During this time, he has helped coordinate or lead more than 225 volunteer projects. The three organizations he highlights here have benefited from a two-prong approach by company volunteers: participating in each organization's major drives or events—and collecting at the office to enhance the giving. 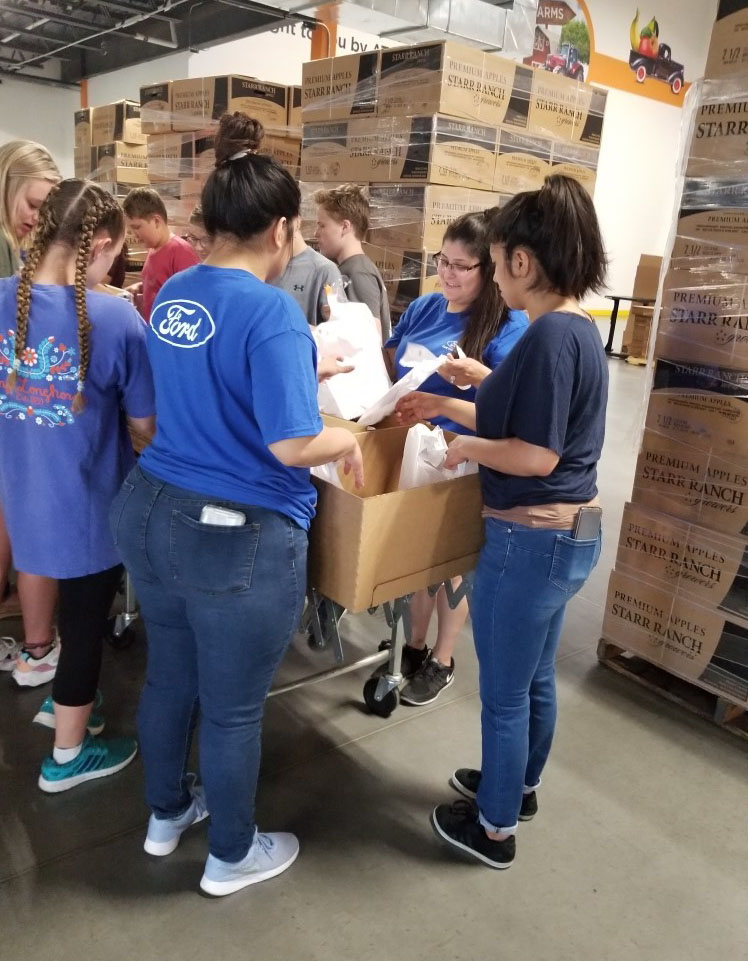 North Texas Food Bank, Plano
Volunteers are invaluable at the food bank, Judd said. Each year volunteers from the community give some 60,000 hours of their time feeding thousands of residents. This includes 60 Ford Credit volunteers who donate an average of 500 hours preparing meals and packing food boxes.

"Without exception, after team members have their first experience at the food bank, they are eager to go a second and third time," Judd said.

Additionally, the office holds an annual canned food drive in which employees donate a couple of cans each to the food bank. The drive has become a competition between departments, with the winning team being treated to a pizza party.

"Our efforts have produced donations over the last two years of approximately 2,000 pounds of canned food for distribution to the disadvantaged in the Dallas area," he said. 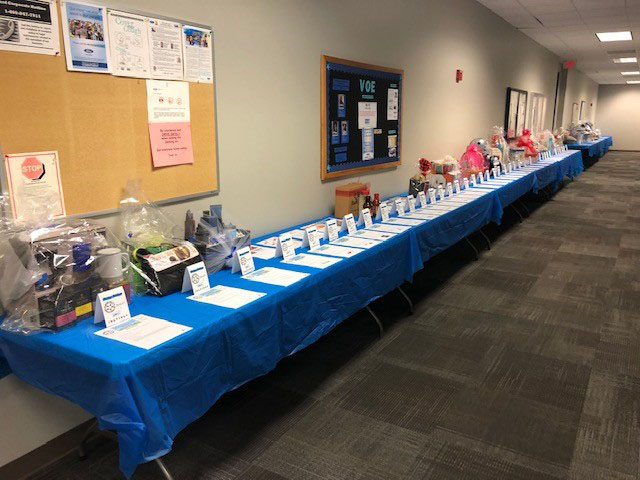 In North Texas, Judd organizes teams to participate in an Angel Adoption program for his colleagues who are posted at nearby malls asking shoppers to adopt and buy gifts for an "angel"—a local child. The volunteers explain the process of purchasing and returning the gifts to a Salvation Army office or warehouse.

Judd estimates that his office sends about 40 volunteers over the course of a few weeks each year, donating annually about 200 community service hours.

Additionally, Ford Credit team created its own Angel Adoption project in which employees have given more than 450 gifts valued at $6,000 to about 60 children. 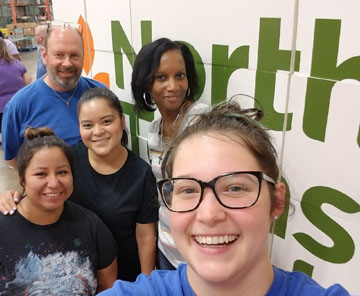 "In most instances, the gifts the team provided make up Christmas for these children."

JDRF Dallas
Ford Credit employees have been having fun raising money for JDRF. From paying for the privilege of wearing shorts to work, enjoying a plate of loaded nachos prepared by the fellow employees during Cinco de Mayo or participating in an annual silent basket auction, the team has thought up unique ways to support type 1 diabetes research.

In five years, the team has raised $3,500 for JDRF. Its biggest effort is the annual auction of gift baskets where employees ask local merchants to donate their products or services. A typical year will see about 30 baskets on the auction table, earning about $1,300 total. Last year, however, they set a record: 60 baskets, raising $2,500.

"Paying for the option of wearing a hat or shorts to the office is a very popular event. This started as a summer event, but it has morphed into year-round. We can count on raising about $1,000 from people wanting to be comfortable at work in the Texas heat."

For Judd, being a giver was meant to be. He grew up with a single mom who struggled to make ends meet, yet he never knew. He always had food and clean clothes and enough to pay Little League fees and Boy Scout dues.

"I didn't learn until later that mom got help from our extended family and friends and our church," he said. "And that's why my grandfather's lessons resonate as they do. When everyone shares, no one goes without.